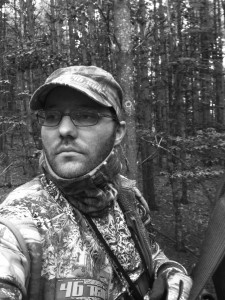 Who’s excited about archery opening season?  This guy.  : )  That’s right, it’s that time again where the weather is starting to cool down just enough to tease you.   Archery season opened up in Georgia on September 13, which was a Saturday.   I got my chance to go to the woods on Sunday, which was perfect, because the weather was in the mid 70’s with a slight cloud cover all morning.   Talk about a great way to start.  My opening season happened to be within a WMA in the North Georgia Mountains.  This might be a great time to say that our next podcast that we are recording will be on hunting public land in the eastern states.

Anyways, back to my mini rant… All I had to do was lay back in my Trophyline USA Realtree Camo Treesaddle and enjoy the waking nature surrounding me.  I had high hopes of seeing some sort of deer movement early morning as I normally do on opening day.  I didn’t even care if I didn’t get a shot opportunity, as it still would have been a success in my mind.  I have the whole season to fill my freezer so I’m in no rush.  I just wanted to take it all in and relax.

As 7:15 am came around, I saw in the distance through some light fog, that there was some movement at my 11 o’clock view point.  I pulled up my range finder and there was a deer slowly walking through the woods around 75 yards away.  Hunting in the deep woods, in Georgia, that is a shot I would never take or even think about taking, but it did indeed get my heart pumping.  I sat up and started playing out scenarios on what should I do if the deer started coming my way.  Well, all the outcomes didn’t come through and the deer ended up walking away.  It was still fun.

As the temperature started to get warmer, sure enough, the mosquitoes were out to claim me as their early brunch.  I killed a few and caught a few in my eye, which wasn’t pleasant, but hey, if that’s the worst that happened, which it was, then it was a great day.

I ended the day driving home through the mountains in a layer of fog.  No deer in the back of the truck, but I did have a big smile the whole way home.

Poor Scott didn’t have his hunting license yet, but I can’t rag on him too much as he just moved back from Colorado and the fees for out of state hunting license is crazy expense for Georgia terms. Hopefully he’ll get that started soon and we’ll be out in the woods calling in some nice bucks and does.